To create positive change based on Te Tiriti o Waitangi, we need to understand our histories, and what effect these have on the world around us. What’s more, we need to act!

Addressing injustice requires will and effort. It takes sweat and tears (sometimes literally)! Our name Groundwork: Facilitating Change reflects our passion for supporting people who wish to dig beneath the surface to better understand historical and modern-day relationships in Aotearoa. Groundwork exists to support people who want to put in the effort to nourish a just and flourishing society.

Te Tiriti is very much about relationships. You can find out more about the way we work in relationship with tangata whenua in our common questions section here. 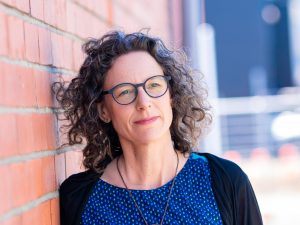 Groundwork is run by Jen Margaret, a dedicated advocate and educator for Te Tiriti o Waitangi.

Jen is Pākehā, of Cornish, Scottish, Danish and German ancestry. Her ancestors arrived in Te Wai Pounamu in the 1860s. Raised on the Canterbury Plains, in the rohe of Ngāi Te Ruahikihiki, Jen was a late learner about Te Tiriti, first engaging with it at university in the 1990s. Since then, she’s been active in Te Tiriti education and has been guided in this work by many inspiring Māori and Pākehā people.

Jen is a knowledgeable and skilled facilitator. A recipient of Winston Churchill and Loxley Fellowships, Jen has researched the work of non-indigenous allies in North America, Australia and Aotearoa. Jen is driven by the question posed by her mentor Mitzi Nairn, “How might we be the honourable people that the rangatira thought they were entering into relationship with in 1840?”

Jen lives in Te Whanganui-a-Tara. She collaborates with colleagues around the country to provide workshops and services that support personal, organisational and societal change. 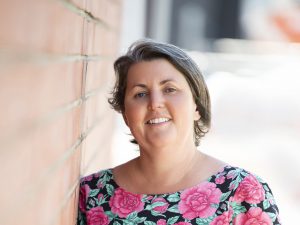 Victoria is one of Groundwork’s deeply experienced Te Tiriti facilitators. Victoria began working as a facilitator with Groundwork in 2019. Of Pākehā, English, Scottish and Irish descent, she was born and raised in Aotearoa and currently lives in Kaitoke, Upper Hutt.

Victoria has been involved in Te Tiriti education for more than 20 years, working alongside central and local government, and with community organisations. Victoria is skilled in group facilitation and adult education. She enjoys working with organisations to design strategies and put them into practice, including through training and resource development for people on the ground. 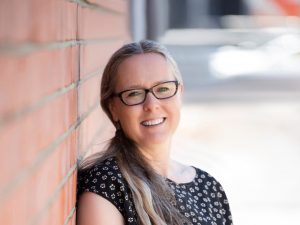 Hannah is of English and Irish descent. She was born in Ōtautahi and raised in the small town of Whakamarama in the Kaimai Ranges, and now lives in Upper Hutt.

Hannah has skills in accounts, IT and Human Resources and has worked in government, NGOs and the private sector. Hannah has also been an active member of a number of community conservation groups over the last 15 years.

Hannah brought her skills to Groundwork in 2020. She set up and runs our online learning system and supports our work through her organisational and systems management skills. 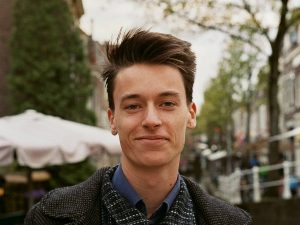 Stan is of English and Armenian descent. The Sarkies family travelled from Armenia to India at the turn of the 20th century, before arriving in Aotearoa in 1949. Stan grew up on the south coast of Te Whanganui-a-Tara, which is where he now lives.

Stan started working at Groundwork in 2022, providing systems and facilitation support. Before he joined Groundwork he worked as a geotechnical engineer. Stan is committed to helping the engineering profession better engage with the relationships and responsibilities set out by Te Tiriti o Waitangi. He is driven by the question Tina Ngata encourages all Tangata Tiriti to ask themselves – ‘What does justice demand of us?’

Alex is a Groundwork associate, providing strategic support and occasional facilitation. Alex is fifth generation Pākehā and a graduate of the Kaupapa Māori educational movement. He works closely with teachers, school leaders and communities to help re-imagine Te Tiriti-based relationships that are culturally and socially just.

As an educator, facilitator and researcher, with affiliations to Mātaatua, Tainui and Te Tai Tokerau, he is interested in what supports, and inhibits, mutually advantageous relationships between tangata whenua and tangata Tiriti. He’s been a Groundwork associate since 2018 and a member of Te Tiriti education networks since 2001.